In regard to legacy face seal fittings, over tightening is a serious concern. According to manufacturers anything past 1/8th turn past finger tight is considered over tight. They caution, “excessive over-tightening will damage the sealing beads and possibly cause system leakage.”

Fittings with torque elimination may be safely tightened up to ¼ turn past finger tight without fear of over tightening. FIG. 5 – Schematic representation of the relationship between indentation load and penetration depth of the ball indenter as observed by increased cyclic loading. Elastic unloading slopes are not parallel because of increased spherical deformation volume as the load is increased.

It should be noted that this representation is not a necessary requirement for determining the indentation-derived σl – εp data as will be shown later (Eqs 2 and 3), but it can be used to determine the strain-hardening exponent over the SYM range of interest. Furthermore, a single power curve may not fit the entire SYM curve as noted in ASTM Test Method for Tensile Strain-Hardening Exponent (e-Values) of Metallic Sheet Materials (E 646-78).

FIG 6 – Illustration of ball indentation geometries before and after load application (the material pileup is exaggerated).

These findings are in regard to 22 nm circuitry, which is currently in design for 2011-2012.  For this circuitry we will be concerned with all particles >10nm.  There are some new issues that may reveal a need for cleaner, torque elimination metal face seal fittings.  One new challenge is that with these extremely small geometries,…

How much rotation is transferred to the components connected by a “VCR type”* metal face seal fitting as it is tightened with a nickel gasket? This data below shows that the relative rotation of the components ranges from 6.7 to 18.2 degrees. This rotation is based on the plating inside the female nut and the…

This is the equipment and procedure used to determine the quantity and size of the particles shed into the process stream, due to galling, as a legacy metal face seal fitting is tightened. Objectives Compare standard metal face seal fitting with the OmniSafe torque suppression fitting over the following criteria: Examine the sealing surfaces of… 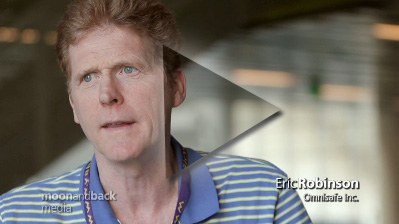 The Mechanics of Metal Seal Formation